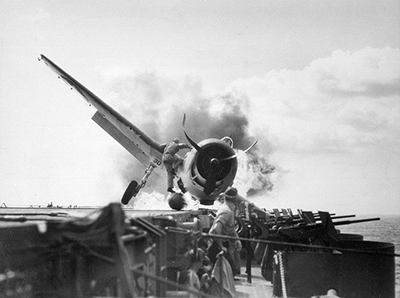 Have you ever used airline services? Are you a frequent traveler by plane? Statistically, airplane traveling is considered the safest of all the standard traveling forms. With respect to danger level, motor accidents are more common than airplane accidents or crashes. According to the National Safety Council, the odds of dying in a motorcycle accident is 1 in 113, and in an airplane crash is 1 in 9,737. Several other sources cite the odds to be around 1 in 11 million. But the most tragic fact about airplane accidents is; though they are rare, they are much more severe than any other accident and mostly result in death.
It is estimated that by 2030, 1 billion people will fly as passengers every year!
Whether onboard a commercial or private aircraft, aviation disasters fall under the category of catastrophic disaster. Even if the passengers survive the unavoidable circumstances, they underwent serious and harsh injuries or damage. The people present on the crash site also experience severe, nearly death damages. A plane crash site’s horror is unbearable and unacceptable for any human being. However, every plane crash victim and their family members are ignorant of that; injured or dead passenger’s family can expect compensation from an airplane accident in Florida. All you need is a skilled and highly-professional airplane accident attorney.
We know how pathetic and heart-rending sight it can be to see our beloved ones lying with a distorted body. If your beloved ones have been affected by such a catastrophe, then we suggest you The Leon Legal Group. They are professional and highly-skilled attorneys who have solved several airplane crash cases. To know more about airplane accidents and Leon Legal Group’s roles, in this case, keep reading ahead!

What Are The Most Common Causes of Airplane Crashes & Accidents?

It is difficult to figure out the fault in the airplane’s mechanism. At times, the plane’s malfunction is detected when flying in mid-air. There is no other option in such situations than an emergency landing, but if a proper runway is not available, then death is inevitable. Here are some of the common airplane crash causes:

What is Pilot Error?

Commercial airlines are considered the safest as those planes’ fatality rate is sporadic. But personal flight accidents can be lethal than commercial flight accidents. The primary reason is that the pilots of commercial airlines have more flying hours and training to maintain the skills they have developed.
Often the family and friends of small plane pilots are the victims of an accident. But if that is the case, do not let that stop you from pursuing a personal injury claim, as generally, personal injury claims are claims against insurance policies.
If the accident occurred for a commercial pilot, you could hold the pilot’s supervisor for compensation. The supervisor is responsible for the pilot’s training, issuing the license, and certification.

What Are The Reason Behind Pilot Errors?

Pilot error is one of the primary reasons for airplane crashes. Generally, it occurs because of the aircraft’s careless or negligent operation. However, the different attributes involved in the accident are:

The attorneys at Leon Legal Group have dealt with several cases that involved one or the other points mentioned above. Our attorneys are well versed with the rules and regulations involved in airplane accident cases. If you are not aware of them, then here are the accident liability and statute of limitations:
In an airplane crash accident, several parties can be held responsible for the incident- the pilot, the airline authorities, the airport, the flight manufacturers, insurance companies, and maybe others. Large companies and multi-millionaire airline companies can hire highly professional and influential attorneys to defend them against your filed lawsuit. Therefore, you also require a highly-skillful attorney for your defending your case.
Under the statute of limitations, Florida law mandates that victims of airplane and aviation accidents have just four years from the time of injury to file a personal injury claim. It might seem there is plenty of time to build a strong case against the higher authorities, but the airlines and insurance often require time for intensive investigation. In the meantime, they make several amendments and arrangements to make the case complex for the victim party. Therefore, we consult you to refer to an experienced team of attorneys or law firms before stepping into the legal war against the industries’ big heads. And for your convenience, The Leon Legal Group will be more than enough for your case.

Over the years, the Leon Legal Group has litigated and settled thousands of air flight crashes and accidents. The firm’s principal, Mr. John Leon, has been one of the most active young trial lawyers in South Florida. Once you book an appointment with Leon Legal Group, they will personally contact you to gain in-depth knowledge about the case. The experience will help them to guide you throughout the case. They will try the best of their merit to provide you the maximum compensation you deserve. Our legal group is well versed and aware of the laws and regulations defined by the government. They also know the tactics to overpower the opponent. Thus if you are still looking for airplane accident attorneys Florida, then Leon Legal Group is your one-stop solution.
If you have any query about any legal matter, then you can easily reach us through our official online site or call us. Our 24×7 helpline team is there for you! Till then, we pray you to stay safe and always travel with the branded and well-recognized airlines. Have a safe journey in life ahead! 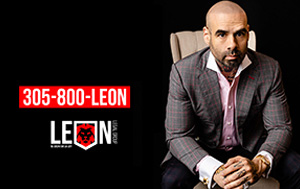